“Contempt prior to examination is an intellectual vice, from which the greatest faculties of mind are not free.” ~ William Paley, Evidences of Christianity

It’s fun to read how the Big Book
came up with a new quote
from a different source
but the truth is valid no matter
who said what when.
The issue, of course,
is the effect of contempt
before investigation.
Like many folks I’ve met
in these Rooms,
I’m analytical and arrived here
understanding completely
how the world worked.
Now, it didn’t take long at all
to understand I was not only
powerless over food
but also that the world
had become unmanageable.
As I heard the program explained
it was simplistic and could not
be halfway as effective as all I’d tried before
but I came in having read
Overeaters Anonymous, 2nd edition,
and somehow it worked
for the authors of those
personal stories.
I had looked at O.A. before
and left without saying a word.
This time a counselor  trusted
had suggested I come, so,
having the contempt at least in part
I gave it a chance.
I rejoice in having given Recovery a chance
and not having remained
in everlasting ignorance! 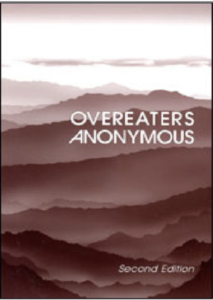