Is the law, therefore, opposed to the promises of God? Absolutely not! For if a law had been given that could impart life, then righteousness would certainly have come by the law.
But Scripture has locked up everything under the control of sin, so that what was promised, being given through faith in Jesus Christ, might be given to those who believe. ~ Galatians 3: 1-22 (NIV)

I was at one time assistant manager of a corporation department employing sixty-six hundred men. One day my secretary came in saying that Mr. B—insisted on speaking with me. I told her to say that I was not interested. I had warned him several times that he had but one more chance. Not long afterward he had called me from Hartford on two successive days, so drunk he could hardly speak. I told him he was through—finally and forever. ~ A.A. World Services Inc. Alcoholics Anonymous, 4th Edition . A.A. World Services, Inc.. Kindle Edition.

There must be rules
whether they be called laws
or company policies,
social mores,
or merely common sense.
Surely by the time we become adults
we know the rules…
but why then do we break them
so often?
And when we do,
we lose a job
or destroy our families
or sometimes
do what we know is stupid,
trying time-after-time
when we’ve promised
our boss, our parents,
our spouse, ourselves
to do what the entire world
knows is detrimental to us…
even fatal if we don’t
slam on the breaks!

God, that which
I so badly want to do,
I do not!
I’ve tried and tried!
I give up.
Tell me what to do,
give me the ability to do it,
and I will! 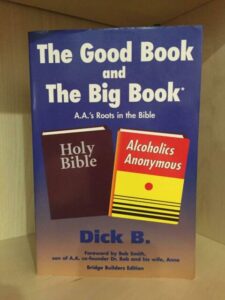